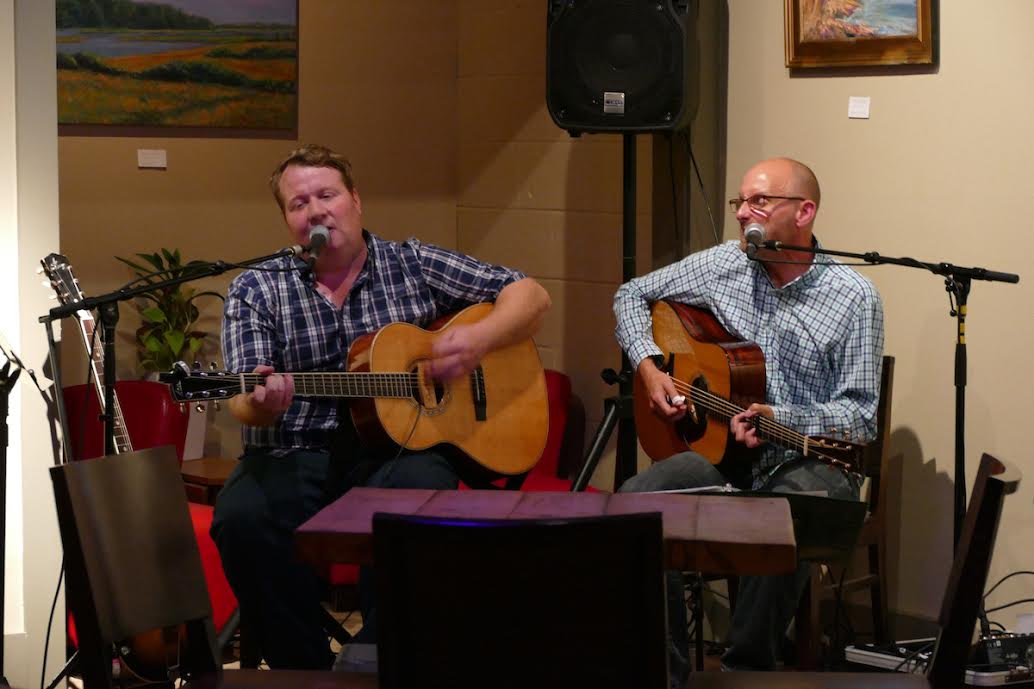 American Roots & Soul, Blues originals, classics…the consummate collaborator, singer and guitarist Seth Warner returns to the Meetinghouse with his friend Marc McElroy for a night of trading harmonies, dueling guitars & sharing songs and stories from their nearly 30 years of collaboration.

For dinner we’re having herb roasted chicken with panzanella (bread salad) and a seasonal side veg for $20. Vegetarian option is a main course nice salad. DINNER IS SOLD OUT!

Seth Warner’s performances have been described as “ethereal” by the Portland Press Herald and has appeared on stages as diverse as The Boston Early Music Festival, WGBH radio, a cruise on the Rhine river in Germany and at Joe’s Pub in New York City. Highlights from his two decade plus career include performances and collaboration with the Grammy award winning Parker String Quartet and tours with the extraordinary gospel and blues singer, Francine Reed and serving as Executive Producer for several internationally acclaimed classical recordings. Recently he has been touring his Highway Kind: A celebration of the songs of Townes Van Zandt, the late, great Texas songwriter.

Seth studied with Olav-Chris Henriksen and Hopkinson Smith and greatly benefited from the mentorship of mezzo-soprano Elizabeth Erskine Patches and pianist Frank Glazer. Also enjoying a varied career in arts administration, Seth managed The Olin Arts Center at Bates College for ten years in which he curated several successful concert series being named as an “Emerging Arts Leader” by the Association of Performing Arts Presenters in 2008. Alongside his performance schedule, Seth is currently recording at a full length album at The Electric Cave Studios in Portsmouth, New Hampshire and serves as the box office manager for the State Theatre and Thompson’s Point concert venues in Portland, Maine as well as teaching lute, guitar and ukulele at Bates. Seth plays instruments of Cezar Mateus of Princeton, New Jersey and Bourgeois Guitars which are crafted in Lewiston, Maine.