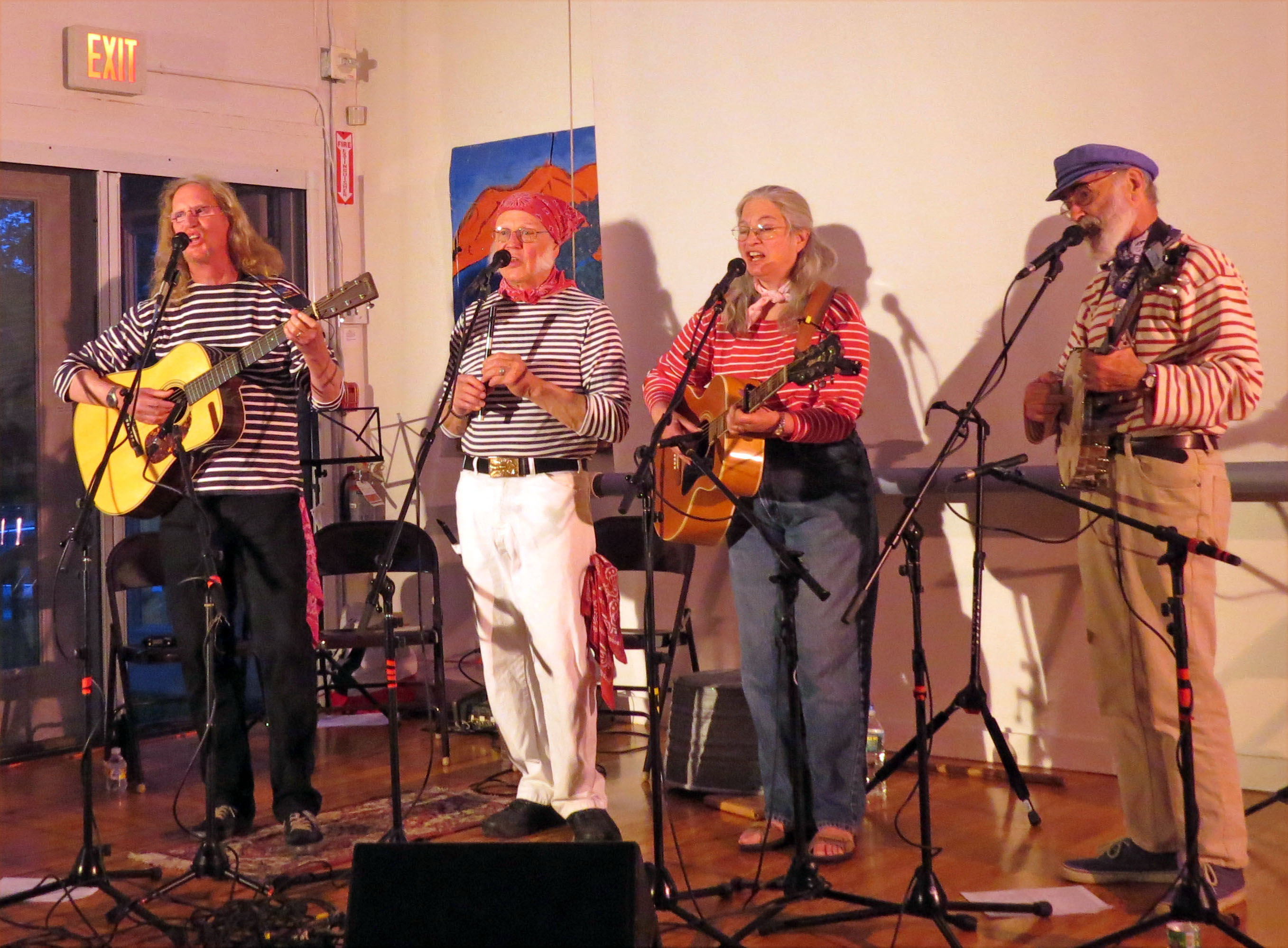 Summer is time for the songs of the sea with our favorite singers of sea music Roll & Go! Spend a Saturday summer evening with us singing songs and drinking rum, beer or if you be a wee one root beer!

For dinner we are taking a sea voyage to India and serving a chicken or tofu tikka masala with rice, cucumber raita, and pita. Tikka Masala has yogurt, onions, cilantro, tomatoes, and spice; it’s a classic Indian dish. Dinner is $21 and includes tax and gratuity. Reserve your dinner with your advance ticket purchase.

$10 advance / $15 door / Kids under 12, free as long as they promise to sing.This event is all ages and will happen in our first floor space.

About Roll & Go
Roll & Go is a group of Mainers bringing old songs back to life and newer songs that highlight current conditions in our merchant marine and fishing industry.