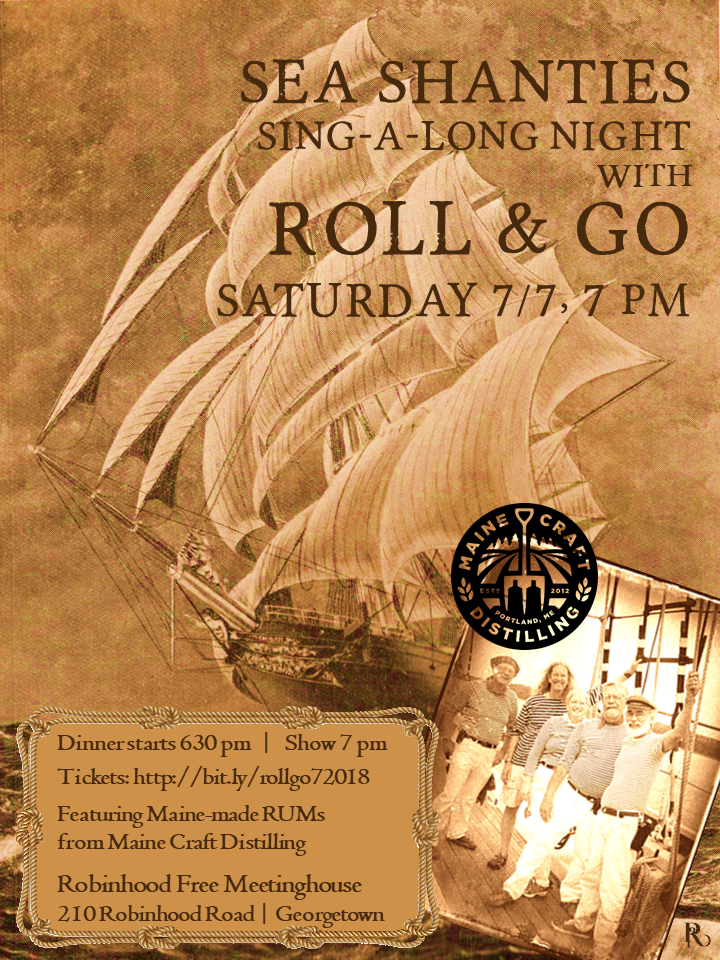 Roll & Go: Sea Songs and Shanties on the Cove

We have a soft spot for the songs of the sea, and for our favorite singers of sea shanties Roll & Go!

Spend a Saturday summer evening with us singing songs and drinking rum! You’ll hear old songs brought back to life, and some newer songs that highlight current conditions in our merchant marine and fishing industry.

We’ll have rum drinks featuring the Maine made rums of Maine Craft Distilling and grub to fill yer bellies as well.

Dinner option will be a nice poached salmon with dill sauce, a side, and salad for just $21. We’ll also have a white gazpacho on hand for $9. Prices include tax!

This event is all ages and will happen in our first floor space.

Roll & Go is a group of Mainers:

Roll & G0 has played the Mystic Sea Music Festival, the Great Schooner Race in Penobscot Bay, the Maine Festival, the Maine Maritime Museum in Bath, the Portsmouth Maritime Festival, the Pilgrim Museum & Monument in Provincetown, as well as many tall-ship special events and community concerts. 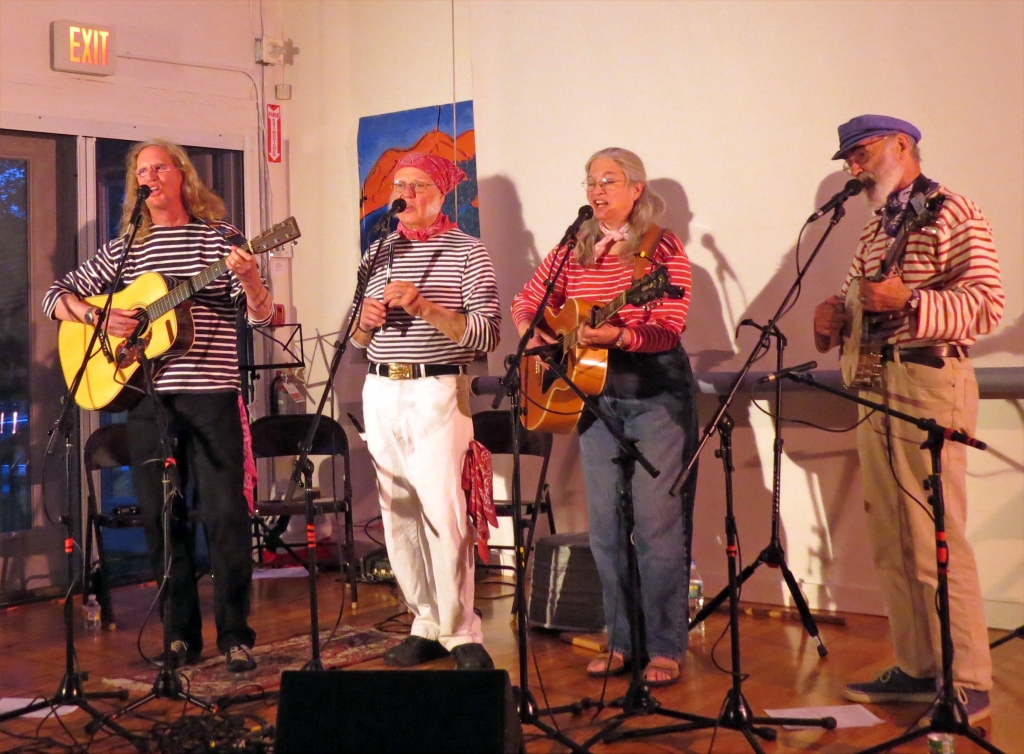 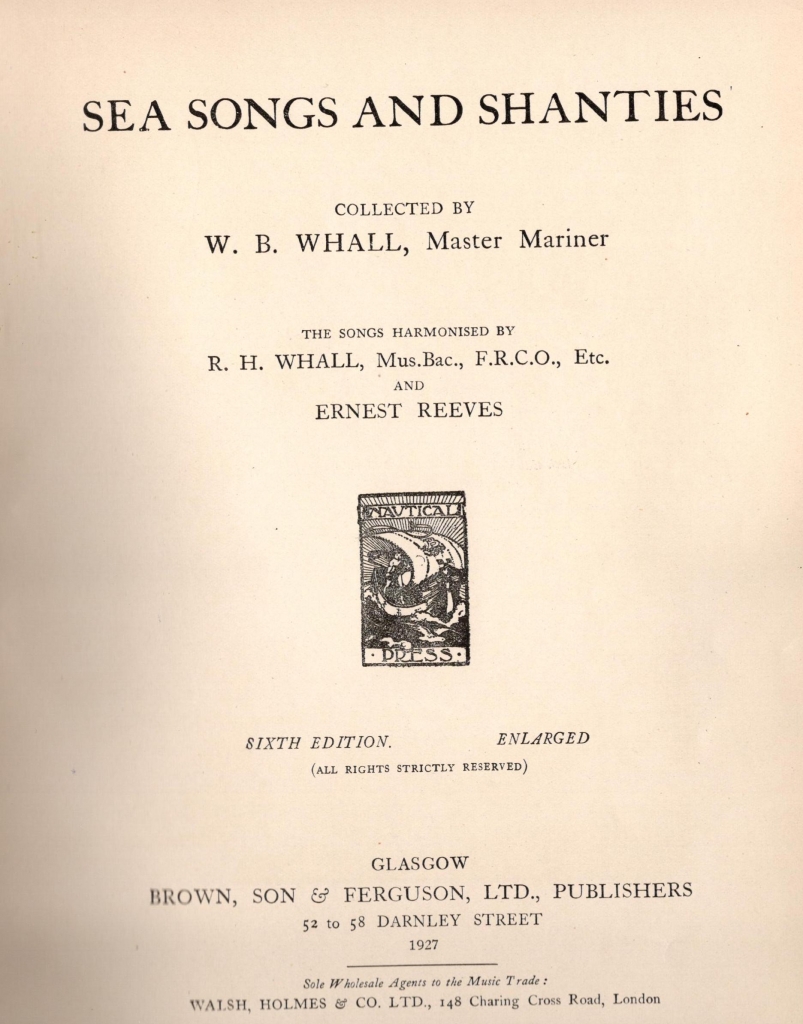