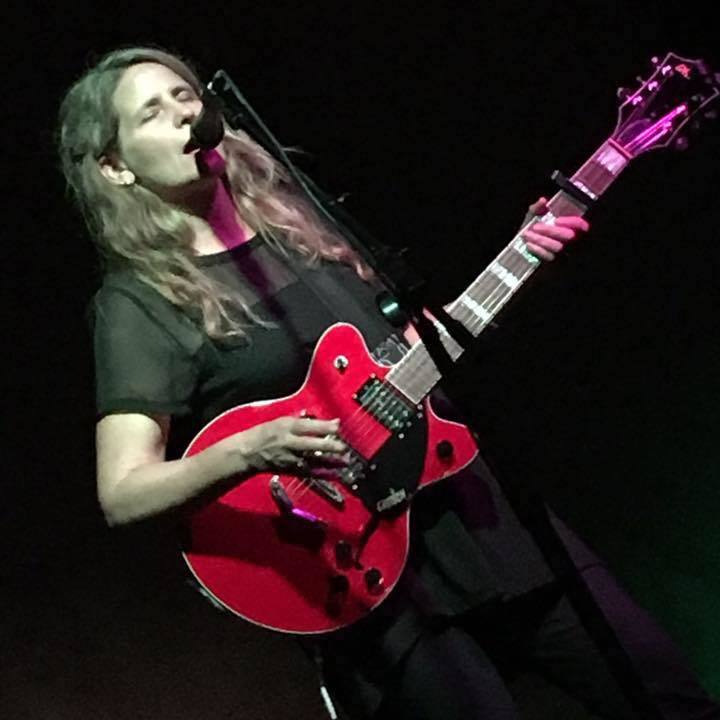 Hannah Judson is an American singer-songwriter – and Brunswick native – based in France but coming to play a hometown show. She performs  original works that draw her audience into storylines of political, social and personal power, love and loss. Accompanying herself on Fender Telecaster with live looping harmonies and percussion, Hannah’s vocals co-mingle and ring out and intimate set, with a modern folk sound reminiscent of Cat Power, Lucinda Williams and Elliott Smith. Noted as “the real deal” by UK’s country music Maverick Magazine, and “with a style that channels Elliott Smith” by Indie Country fm radio, Hannah has appeared regularly in Paris, throughout Europe. She is currently recording her next album with Polydor recording artist and producer Michel Esquelin, to be released early 2017. You can listen to her last album Underbelly HERE.

Alongside writing and performing, she founded and produces MUSEfest, an international music and film festival that spotlights inspiring women in music, film and art. The first two editions were in London and Paris, with New York City projected for 2016. She also performs in Lacuna Echo, an experimental audio/visual digital environment project with painter Florence Artur and Absynth creator Brian Clevenger.

She discovered her first electric guitar at a Wicker Park pawn shop, as a student at The School of the Art Institute of Chicago, where she studied painting, sound and design. In Chicago she was a continuous member of folk, grunge and alt/rock bands, as the songwriter and lead vocalist. She also produced and hosted GrrrlsRock events at Beat Kitchen.

One concert only so please come out! Doors open at six – beer, wine, cocktails and snacks served throughout the performance. Tickets $10 in advance, $15 at the door.