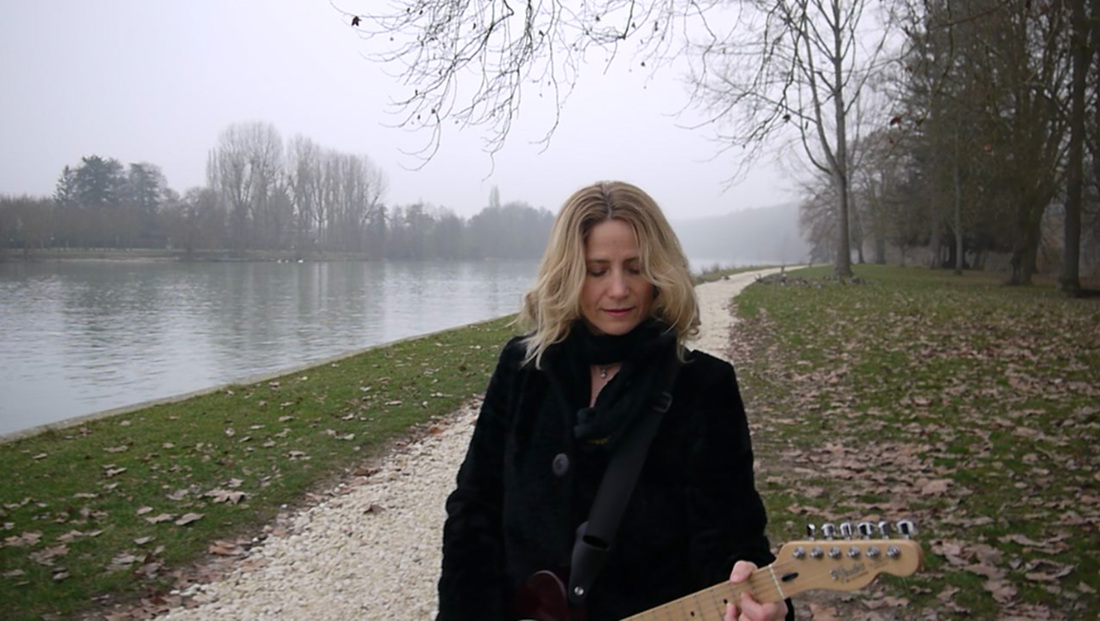 The Meetinghouse is welcoming back American singer-songwriter – and Brunswick native – based in France Hannah Judson. Hannah performs  original works that draw her audience into storylines of political, social and personal power, love and loss. Accompanying herself on Fender Telecaster with live looping harmonies and percussion, Hannah’s vocals co-mingle and ring out and intimate set, with a modern folk sound reminiscent of Cat Power, Lucinda Williams and Elliott Smith. Noted as “the real deal” by UK’s country music Maverick Magazine, and “with a style that channels Elliott Smith” by Indie Country fm radio, Hannah has appeared regularly in Paris, throughout Europe.

Her most recent release of new work reflects a career that spans grunge-era Chicago and post-rock bohemian Paris, France. “Becoming” is a short EP that was a while in the making, as she shed past styles, and creative restraints, to clear room where both tendencies toward spacious lyrical environments, and straight on rock co-exists in a unified collection

Influences from both Chicago and Paris geographies are evident in this collection of original songs. Judson’s lyrically motivated songs are couched in confident electric guitar offered by Banjo Bones and soaring leads by Charlie Galunic. Brian Clevinger’s basslines support and counter the melody and Giorgi Khokhobashvili’s blistering jazz violin shows up on several tracks.

She discovered her first electric guitar at a Wicker Park pawn shop, as a student at The School of the Art Institute of Chicago, where she studied painting, sound and design. In Chicago she was a continuous member of folk, grunge and alt/rock bands, as the songwriter and lead vocalist. She also produced and hosted GrrrlsRock events at Beat Kitchen.In 2014 she founded MUSEfest, an international event to support inspirational women in music, film and art. In 2018 she starting working with Boneyard Records in Sacramento, CA. She is currently Director of Music for the LA Fashion Film Festival (LAFFF). She currently performs with Charlie Galunic (Professor at INSEAD) on lead guitar, and Brian Clevinger (Absynth Creator) on bass.

You can listen to her new album Becomings HERE or her previous album  Underbelly HERE.